Commodity Futures (10 lessons)
Show All Lessons
Next Lesson in this Course:
Previous Next

In the developing countries, coffee futures, when measured by monetary volume is estimated to the second most popular commodity that is traded, only n...

Cocoa is the fermented and dried fatty seed from the cacao tree. It is one of the main ingredients from which chocolate is made but other versions of ...

Copper futures are part of the metals futures asset group, which is made up of copper, palladium, silver, gold and platinum. Technically referred to a...

Silver is often overshadowed by its more famous peer, Gold, be it forex, ETF's or even futures. Despite gold being more popular, silver does manage to...

For traders looking at consistency and profits, there is nothing better than trading gold futures. Of course, e-mini S&P500 does come in close com...

Soybean is an oilseed crop with the primary purpose of extracting the oil contained in the seeds. Other well known oilseeds besides soybeans include...

Gold, also known as the precious metal or yellow metal is one of the most well known commodities to mankind. Gold finds its uses from industrial and...

The Organization of the Petroleum Exporting Countries, or OPEC as it’s more commonly called, plays a pivotal role when it comes to the crude oil fut...

14 December 2016 , Alton Hill
Next Lesson in this Course: Previous Next

In the developing countries, coffee futures, when measured by monetary volume is estimated to the second most popular commodity that is traded, only next to crude oil as a source of foreign exchange, according to data from the International Coffee Organization (ICO). It is estimated that the first coffee shop opened its doors in 1457 in Constantinople, modern day Turkey. The coffee shop brought an obscure seed and converted it into a little known beverage called coffee to the world.

Coffee is said to have originated in Ethiopia over thousands of year but gained popularity from the Ottoman Empire. From Turkey, coffee is said to have travelled westwards, to France and Italy. In its early days, coffee was said to be a drink of the kings and the sultans, quite a far cry from a commodity that is now within reach of the common man.

In the trading world, coffee was heavily regulated among nations up until 1989 by a series of international trade agreements mostly to manage supply and demand and to maintain price stability. These were eventually abandoned and since 1990 coffee prices have been subject to the free markets. Following this big change, coffee prices lost over 75% of its value in the next five years, falling to $0.77 per pound by 1995, off the highs of $1.34 per pound in 1989, just before coffee shifted to being traded in the free markets.

Coffee futures fall under the category of soft commodities and the futures prices are prone to experience volatile swings. Due to the tick size of the coffee futures contracts, futures traders need to be especially careful when trading coffee futures. Here are seven key things to know before you trade coffee futures.

When trading coffee futures, it is important to know that there are primarily two versions of coffee that are floating around. They are Robusta and Arabica. Coffee futures are traded on various exchanges such as the Singapore Commodity Exchange which primarily deals with the Robusta coffee while Brazil's Commodities and Futures Exchange (BM&F) deals with Arabica and the Tokyo Grain Exchange offers both Arabica and Robusta. 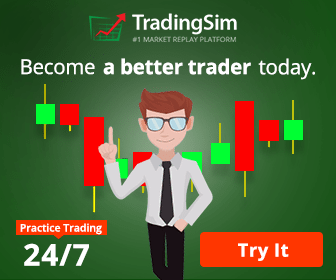 In the U.S. coffee futures are traded on the Intercontinental Exchange (ICE) or formerly called the New York Board of Trade (NYBOT)

Similar to crude oil which has various versions such as heavy or light sweet, coffee is categorized based on some characteristics of the beans. Arabica beans are said to have a sweeter and softer taste while Robusta is said to be stronger in taste with a grainy overtone.

Arabica coffee is largely produced in sub-tropical climate and requires rich soil, shade and sun. It is estimated that over 70% of the coffee grown in the world is Arabica They are more vulnerable to pests and cold weather. Arabica coffee is grown at higher elevation of 600 to 2000 meters. Arabica coffee is usually sold in specialized coffee stores and in specialty food stores.

For example, in Italy, the highest quality pure Arabica beans are used to make espresso.

The ICE coffee futures which is by far the most popular futures market has the following contract specifications.

A one-cent change in coffee futures price is equivalent to $375.

At the Euronext exchange, Robusta coffee futures are traded, also known as No. 409. In Robusta, prices are quoted in dollars per metric ton and traded in a standardized quantity of 10 tonnes. Other versions of coffee which are traded on the Tokyo Grains exchange are priced in yen, while the Liffe listed coffee contracts are priced in British pounds.

Coffee is primarily produced in Africa, Asia and Central America.

With the exception of Ethiopia, coffee production from other African nations such as Kenya, Cameroon has been steadily declining.

In Asia, coffee production has been steadily rising with Vietnam steadily gaining market share. This is followed by India and Indonesia.

In Central America Costa Rica, Brazil and Mexico are among the top producers of coffee.

More than 90% of the coffee trade is traded in the green or unroasted coffee beans. Seasonal factors play a big role in coffee production, influencing the price of coffee futures. While there is no extreme peak production for coffee at any given time of the year, coffee consumption is said to decline by 12% on average during the summer months. On the other hand, coffee imports of the beans are seen to decline during the spring and summer months while demand picks up in fall and through winter.

The above chart shows a 15 and 5 year composite overview of coffee’s seasonal trends. Based on the supply/demand mentioned previously, coffee prices typically rise during the August – October months with a low being formed during October before price starts to move steadily higher. Coffee prices are generally bullish, forming a peak during the June-July months largely due to the weather impact the crop in Brazil and the winter months in the Southern Hemisphere. Coffee from Brazil is harvested starting in May and runs into several weeks.

Low prices for coffee generally tend to create problems for producers. When coffee prices fall below the cost of production there is little to no economic incentive to produce coffee. During these periods, coffee production grinds to a halt due to expensive overheads. The result from this is that the coffee trees yield less due to lower labor and use of fertilizers and also impacts the quality of the coffee that is produced.

This impacts the Arabica coffee beans which grows at higher altitudes and thus is more expensive to maintain and grow. 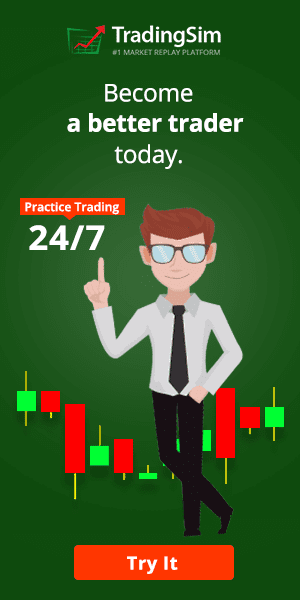 The biggest producer of Arabica coffee beans comes from a tiny state of Minas Gerais in Brazil which produces between 25 - 30 million bags of coffee each year. The output from Minas Gerais is larger than other countries such as Colombia or Indonesia. Weather can often play havoc with coffee production in this region and tends to influence the farmer's decisions on growing coffee. It is said that farmers in this region tend to hold on to the dry processed coffee in warehouses and sell them only when the market is right.

In general, Brazil experiences harsh winters once every 5-years on average which can greatly disrupt the production process. For day traders in the coffee markets, it is essential to following the weather reports and forecasts to be prepared for any news that could increase volatility in the coffee futures prices.

There are many economic reports released by various independent institutions tracking the supply/demand and giving forecasts. The United States Department of Agriculture issues timely reports, specific for Coffee to the U.S. which can be an important economic report that could influence the short term prices of coffee futures.

The USDA's Coffee: World markets and Trade report covers both the Arabica and Robusta coffee trade and gives an estimate on the production and supply side. It covers coffee exports and production from key states such as Brazil, Vietnam, Central America and Mexico and India.

The Coffee market report also gives the organization's insights into the future supply and demand and gives broad estimates on production, bean exports and ending stocks. The report is published twice a year in June and December and can strong influence coffee prices in the short term.

For those interested, the USDA’s coffee reports can be accessed from here.

While the USDA's bi-annual report offers glimpses into the medium to long term trends in coffee production, it offers short term volatility which day traders can take advantage of. However, in the remainder of the year, short term speculators could look to the CFTC's Commitment of Traders report which is released every week on a Friday. The CoT report shows the institutional and producer side positioning in the Coffee futures market. Although the report lags by three days, the data can give significant insights into the coffee market.

Traders can either follow the week to week positioning of the speculative money or wait for the market to be crowded to one side before taking a contrarian position.

Trading coffee futures can be an interest addition for futures traders. Being one of the most highly used commodities and coming only second to crude oil in terms of dollars traded futures day traders can take advantage of the liquidity that comes with the coffee futures markets. However, due to the volatility in the coffee markets, day traders should be careful and before trading should conduct a broad research into the markets to understand if there are any key short term trends that are in play. Paying attention to the seasonality in the coffee market can also help traders to stay on the right side of the market.

How Does the Price of Gold Affect Gold Stocks?
6 Things You Must Know About Soybean Futures Trading
Effects of OPEC on the Oil Futures Market
7 Things to Know About Silver Futures
What is the most popular Oil Futures Contract?

ALL LESSONS IN THE COURSE: Commodity Futures